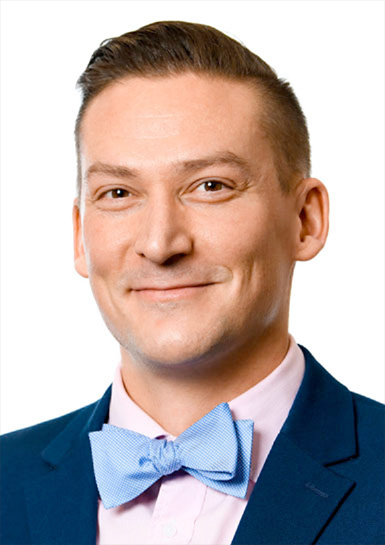 Ed Peart was born and raised in the mining town of Yellowknife, NWT and moved to the Yukon in November 2002.  Currently the Manager – Charters, FBO and Corporate Sales with Air North, Yukon’s Airline, he has diverse experience in aviation related to the mining industry.  Ed has also worked for Alkan Air in the past as the Director of Ground Operations leading a dynamic team dedicated to serving Yukon’s mining sector.

Ed has served on the YCM Board of Directors for 2 years both as a Director in his first year, and then as President in his second year.  Ed has also been a part of the Yukon Chamber of Mines' Geoscience organizing committee from 2014 - 2016, served as Chair of the Yukon Chamber of Commerce's Transportation Infrastructure Committee, has been the President of the Yukon Convention Bureau, and is the Vice President of the Dawson City Chamber of Commerce.
Ed is a Commercial Pilot where he hopes to fly with Air North, Yukon’s Airline once air travel demand increases.
Ed is also a Canadian Armed Forces Reserve Officer in the CIC for 16.5 years and is still serving.